I have a battery of photos to post, because unless I do you will not understand how very blameworthy I am. And as a particularly horrible former brother-in-law was wont to say (frequently), “Blame must be allocated !”.

I have just today reached an impasse with my third project: I’ve run out of yarn for it, and for the second time ! Having written that, I shall start from now and work backwards ..

But first, an image of all three FAR from complete WIPs:

And this should give you the beginnings of comprehension of my guilt !

Right. The project I had to stop crocheting today is this one:

The image is not that supplied by the designer, but by an enthusiastic maker of her pattern. I like it because it was her very first crocheted garment !

And here’s where I had to leave mine:

No collar, no sleeves and no cuffs. Well, OF COURSE there aren’t any cuffs on account of there being no sleeves !!    [sighh ..]   I’ve ordered more yarn, and have zero idea of what Australia Post is doing with mail.

The middle project was another pattern by the same designer, although (and you’ll simply have to take my word for this) I had no idea when I abandoned this and took up the one above that such was the case ! She’s a clever woman, alright.

Yesyes, I’ve never been as large as that, but I figured it ought to give me enough around the arse. Unhappily, I was working to measurements I took of meself before I went on myWW; and now my (_|_) is some inches less around. As I cast on for the biggest size, it’s a turtle waste of time continuing; for it will turn into one of those huge heavy things that does nothing so much as weigh me down. So I’m going to have to frog everything I’ve crocheted so far, and the thought is extremely painful, to put it mildly .. 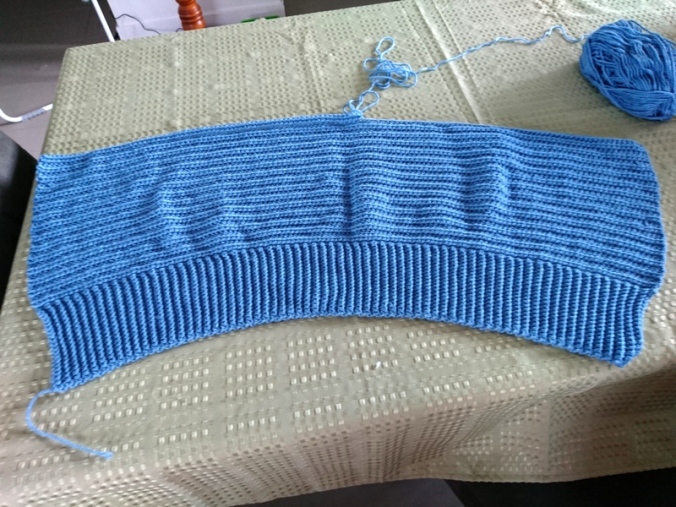 And now to the oldest one – which is by far the silliest thing I’ve done in a long time.

I used this shrug’s pattern in the most basic way – simply casting on the number of stitches and starting to make a rectangle, in a stitch I’ve been dying to use ..

NOT this one, and not in this colourway ! 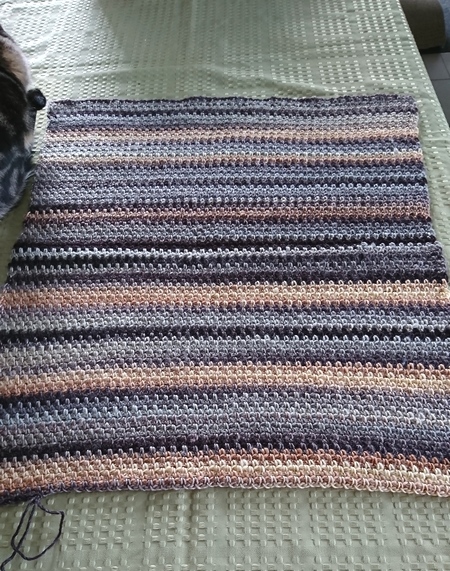 I omitted to note that her measurement of the vertical was with the rectangle folded over !!! Which is to say, it should be twice as wide.

So I simply can’t decide which of no.s 2 or 3 I should frog first.

12 thoughts on “Every WIP is giving me the pip!”