I’d done all the PT preparations for going up to Ballarat today – done ’em at high speed, as I only discovered when I got back from viewing the truly lovely but much too small studio in North Melbourne (the sleeping|living area is, I believe, about the size of my current kitchen) that there was a viewing on this-arvo that they’d whipped in while I was gone – but from wake-up this-morning I’ve been doing the maths.

The bottom  line is that I can’t afford to move out of town – to anywhere. About 18 months ago it cost me $1,000 to move from North Geelong to Maribyrnong. That’s a distance of roughly 65km. Imagine what moving from St Kilda East to Wendouree would cost today ! – it’s about 125km. Those big sums – big for just the one person’s possessions – are due in large part to the truck’s having to be paid also to return to base. 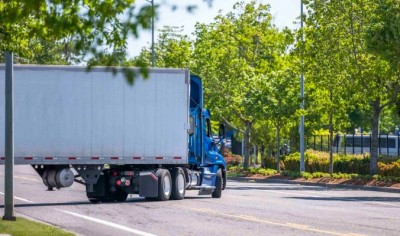 Thus am I right back to where I was: nothing lined up for checking. Are my criteria as picky as all that ?:
–not situated in the middle of acres of concrete
–not on entrance where others go in and out
–not in hilly area
–not on heavy traffic (in both senses) road
–not facing west
–not in the wilds of suburbia
-ground floor or lift
-water pressure good
-large enough tank if electric hot water
-on sufficient number of elec. circuits
-dishwasher or double sink
-on public transport or close to
-shopping close by or transport thereto ditto
-taps for washing-machine
-intercom or direct access

You gotta laugh, team: those are indeed (in no particular order) my criteria – in a perfect world. But as this one isn’t quite perfect, I’m only too aware that  I ain’t NEVAH gonna find a place like that. Some are immutable: not facing west has risen to the top after my nearly twelve months in the top floor of the Maribyrnong high-rise; taps for the washing-machine ditto after my nearly five months here with a communal laundry. You could amuse yourselves rearranging that list in order of what you think a grumpy old person would do, and it might help ME !   :)

Anyway. That’s the latest problem re moving. If it ain’t one thing it’s another, or some such fairly mindless aphorism ..