So. My new life has started. Here I am, living in South Yarra again. As my very old friend The Black Bastard said “You’re right back when we first met !”; because I was living in Rockley Road back in 1972. Malcolm Street isn’t frightfully close to there – like, not the next street or anything – but if I screamed very loudly they’d possibly hear me. [grin]

It’s quite extraordinary, to me. I go out to the Post Office and I’m walking past café after café, lunch place after lunch place, bar after bar .. It’s not fair ! – I mean, the temptation levels are stupendously high ..

You should see (a) the backs of my hands and my forearms and (b) my ankles and lower legs (actually, I wouldn’t make you suffer by having to regard those – I have the very worst there are !) .. the dragging about of cartons and things while packing and then unpacking, together with those fucking blood-thinners, have covered thes areas in quite appalling bruises. Some of them are sort of lumpy – ACK !!!

The worst move I’ve ever had, and that’s saying quite something. If you’re feeling masochistic, I shall make available the email I sent to the boss of the moving company (of course one I had never used before – the only one I’ve ever had that I would use again is down in Geelong) and you will grasp the reasons for my .. ahh .. dissatisfaction pretty bloody quickly ! However, it’s done and dealt with and I have now put it out of my head forever.

This little ‘studio’ is SUPER. I shan’t describe it until it’s really over the unpacking and putting away, so that I can add some images (pity I can’t add smells – some residents are having a barbecue down in the garden !).

Boodie is in heaven, much as I am: he found, the moment I let him out onto the balcony, that the divisions between apartments don’t reach the ground. He is the most adventurous little moggy, and off he went – right down to the far end. I wasn’t worried: he knows where his home is; and sho’ nuff he was back in ten minutes telling me all about it.   :D

Can hardly wait to show you the tennis court and the garden; and you’ll know why when you see the images. [grin]

I have yet to finish unpacking one carton, into which the arseholes who call themselves packers had chucked a whole shitload of STUFF that rolled about and became entangled and squashed and generally turned into shapes they aren’t meant to be. And when that’s done I will be able to take the flattened empty cartons down to the  industrial waste area in the basement – no more having to pay to have it taken away ! 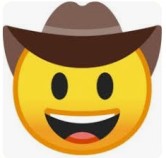 The place has a pool  and a tennis-court and a gym. Other things too  but I don’t recall ’em off the top of my head. I mean to utilise the first and the third once I have something appropriate I can wear.

I’ve made friends with the delightful couple next-door, which started with my sticking my head around the balcony division and warning them they’d be seeing a small two-tone cat zooming by, ere long. They were both ecstatic, both being cat-lovers ! We are going out for coffee next week.   :)

I – sorry about always seeming to be talking about myself .. dunno how to avoid that – am pretty well exhausted: I got tenser and tenser as the move neared, and the day itself was just hell, morning to night. I’m sleeping well, but it don’t seem to  be enough, dunno why. “M-R sleeps well, but she could sleep better. B minus.”

For now, over and out from this happy old fart.