So, I have no idea whether or not coordinator Lynda has allowed my second go at the first round, because I have no access to Instagram of Facebook (I am, normally, happy to say). She hasn’t acknowledged my sending her the completed Heat 1, Stage 1 re-do; so I’m completely in the dark as to whether or not I’m actually participating !

I did point out that I HAVE TO request  that the second version goes in; because if it doesn’t and the original stays there (if it’s even up !), my entries will appear as 3.5mm hook for the 1st round and 4mm hook for rounds 2 and 3.

But I just don’t know what’s happening. To be honest, I don’t comprehend why what I did is as offensive as it appears to be; but I seem to have definitely put Lynda’s nose ’round behind her ear. Would that it were not so ! 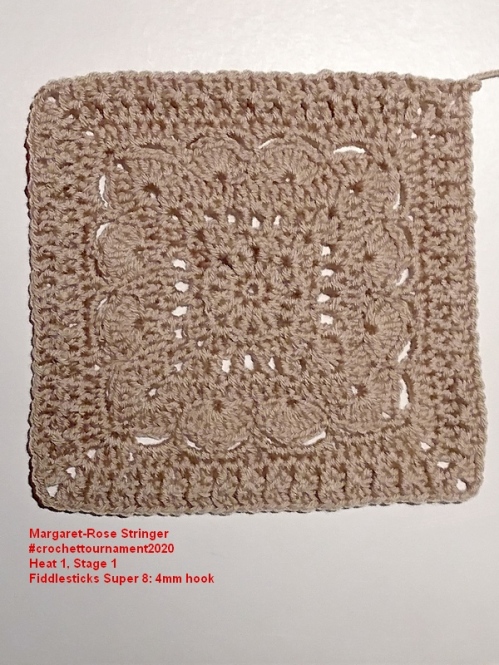 And now that I’ve done that and am well underway for Stage 2, I’m continuing on with Michele’s Minerva scarf. On a roll, I am ! Ere very much longer I’ll be able to send her a photo of the completed article, and she will faint. Not. :)