Today I went to see my quack – a beautiful young woman who INSTANTLY recognized the term “laryngopharyngeal reflux” when I saw her last week, to my absolute joy* ! – to talk about diabetes. Yes, I’ve given up the attempt to eat the right thing: there are so many varying inputs that I can no longer pretend to be coping.

But the worst part has been not continuing on with my vegetarian diet. I LOVE the food I used to cook.

(Some of you might remember that I became somewhat leery about cooking a while back; but that was because I put pressure on myself to keep cooking new recipes. Once I settled on several tried&trues, I was laughing.)

No more. Introducing meat into my consumption has rendered me helpless. I can’t cook meat ! I mean sure, I can grill a steak and have it with vegies or salad

(or sausages, which I like as long as they don’t have bread in); but to cook a one-pot meal using meat ? – no way. Casseroles don’t have anything LIKE the variety that vegetarian recipes do !

I did my best to

but I was detesting it. In the end I had to admit that having my coffee with full-cream milk was making me feel sick; that adding cream to blackberries (gosh, they were yummy ! – but so short a season !) just ruined them; that I was missing my morning Freedom cereals so much I felt like crying; and that the meat-eating simply wasn’t working.

And added to all this was my absolute LONGING for one of my vegetarian one-pot wonders ..

At the beginning of this week I caved: I cooked a big potful of chickpea coconut curry with fresh tomatoes, and it was .. it was .. to tell you that it was the best thing I’ve eaten in roughly three months is no exaggeration. It was HEAVENLY. And I have one serving left .. 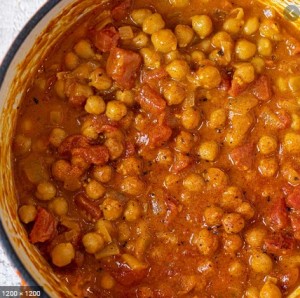 So the quack and I discussed all this and agreed that to get the advice of a dietitian who knows about diabetes and how to eat for it is indeed the best way to cope with everything food-oriented. My dear friend M is sceptical; but we shall see what we shall see – I see her next Wednesday.

I failed, see ? – failed at trying to approach my eating using common sense. I’m too torn: I don’t want to be eating more fat and less carbs, but I know I’m definitely going to have to cut down on the latter .. So to throw it all in someone else’s lap and just cry “Help !” seems good to me.

*as opposed to every GP I saw during the 4½ years I lived in Geelong, none of ’em either recognizing the term or indicating the slightest interest in reading about it (for I printed out and took to each one a most respectable article that had peer reviews ad everything)

17 thoughts on “I’ve given up trying”