Why ? – because never have I seen in one place so many people (of all ages) being really competitive. Competition is not my jam (as one of my two new but already dear friends likes to say); and it’s clear at the Maribyrnong ParkRun that those who run are all competing against everyone else.  As for the ‘walkers’ – I couldn’t possibly even catch them up, let alone match their pace ! Even the people wheeling baby carriages were either running or walking at great speed.

I’d plotted out half a kilometre on Google, and walked at my own speed – not as fast as I used to do when living in Sydney, but not all that much slower – there and back two times without stopping ! AND ! – I could’ve done another pass were it not for the fact that the balls of my feet were on fire.

So I returned home (via the two trams), pensively working out how to afford a good pair of running shoes. Haven’t got there so far ..

Anyway: I won’t bother going on with ParkRun because the poor sod designated any day’s Behind the Last Walker would make me feel terrible (as Debra spoke of the other day) – couldn’t do it. Besides, I’m still not up for 5km, yet. 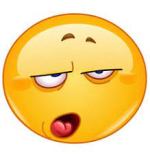 So I shall simply do one of my 1km local walks every day. And who knows what I might work up to in time ?!